Capitalists and Other Psychopaths 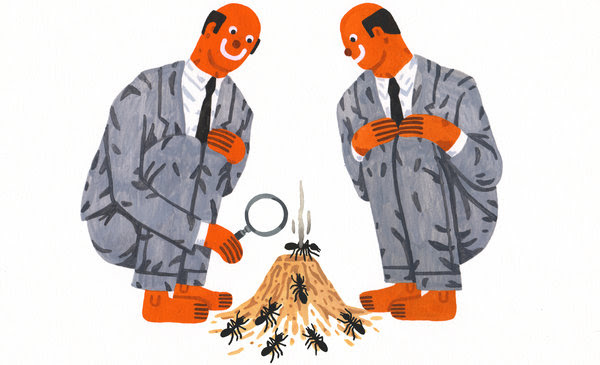 THERE is an ongoing debate in this country about the rich: who they are, what their social role may be, whether they are good or bad. Well, consider the following. A 2010 study found that 4 percent of a sample of corporate managers met a clinical threshold for being labeled psychopaths, compared with 1 percent for the population at large. (However, the sample was not representative, as the study’s authors have noted.) Another study concluded that the rich are more likely to lie, cheat and break the law.

The only thing that puzzles me about these claims is that anyone would find them surprising. Wall Street is capitalism in its purest form, and capitalism is predicated on bad behavior. This should hardly be news. The English writer Bernard Mandeville asserted as much nearly three centuries ago in a satirical-poem-cum-philosophical-treatise called “The Fable of the Bees.”

“Private Vices, Publick Benefits” read the book’s subtitle. A Machiavelli of the economic realm — a man who showed us as we are, not as we like to think we are — Mandeville argued that commercial society creates prosperity by harnessing our natural impulses: fraud, luxury and pride. By “pride” Mandeville meant vanity; by “luxury” he meant the desire for sensuous indulgence. These create demand, as every ad man knows. On the supply side, as we’d say, was fraud: “All Trades and Places knew some Cheat, / No Calling was without Deceit.” MORE
Posted by Melinda Pillsbury-Foster at 12:35 AM No comments: