The massive costs of sociopaths to society 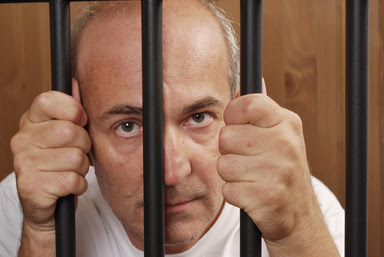 My local newspaper is the Press of Atlantic City. It’s a small-town newspaper covering the Atlantic City, New Jersey area. It’s not the New York Daily News, the Daily Mail or another British tabloid. Yet as I read the paper one day last week, I was shocked to see one story after another that seemed to illustrate sociopathic behavior.

I shouldn’t have been surprised. In my opinion, when adults freely commit crime, aggression, fraud, exploitation, violence, bullying, retaliation or pathological lying, they likely have sociopathic traits.

There is research to back this up, which I’ll get to soon. But first, here’s the news for July 9, 2014. (Although I saw all of the stories — local, regional and national — in the Press of Atlantic City, in some cases I looked for better versions on other websites to post here on Lovefraud.)

Women may have swindled 45 elderly clients
Barbara Lieberman, an attorney from Northfield, New Jersey, who specialized in elder law, and Jan Van Holt, who ran an in-home senior service, were arrested in March and charged with stealing more than $2.4 million from victims who were in their 80s and 90s. All but one are now dead, and most had no family. Now, at least 10 more victims have been identified, and there may be an additional 25 victims.

MORE
Posted by Melinda Pillsbury-Foster at 3:14 AM No comments:

Can Psychopaths Be Cured?

TO THE BEST of our knowledge, there is no cure for psychopathy. No pill can instill empathy, no vaccine can prevent murder in cold blood, and no amount of talk therapy can change an uncaring mind. For all intents and purposes, psychopaths are lost to the normal social world.

But that hasn't stopped the scientists who study psychopaths from trying to bring them back. In 2012, Dr. Kent Kiehl, a psychologist at the University of Mexico and one of the foremost experts on psychopathy, discovered that psychopaths have reduced gray matter in the paralimbic system of the brain. His longtime suspicions were confirmed: Psychopaths -- who are unremorseful and antisocial -- have fundamentally different brains than the rest of us. The finding was replicated in psychopathic youth the following year. While the link between brain structure and psychopathy is correlational, the youth data strongly suggested that the stunted paralimbic system is present from birth.

Kiehl was proud of the discovery and the hard work that realized it, but saddened by the accompanying implications.

"It was if my lab had discovered a new disorder, but we didn't have a cure," Kiehl lamented in his new book, The Psychopath Whisperer.   MORE
Posted by Melinda Pillsbury-Foster at 10:27 AM No comments:

IS SCHIZOPHRENIA CAUSED by demons? A Turkish researcher seems to think so, and his article on the topic was just published in the Journal of Religion and Health, a scientific journal owned by Springer, a German-based publishing company.

The first two-thirds of M. Kemal Irmak's paper, "Schizophrenia or Possession?", read normally enough. You learn about the devastating symptoms of schizophrenia, current treatment approaches, and the nature of the delusions and hallucinations that schizophrenics experience. And then you arrive at this little doozy:
"One approach to this hallucination problem is to consider the possibility of a demonic world."
The abrupt transition from established science to outlandish woo is positively comical. And once the quackery starts, it doesn't stop. You're first treated to a background on all things demonic (boldness added to emphasize the absurdity):  MORE
Posted by Melinda Pillsbury-Foster at 1:22 PM No comments: