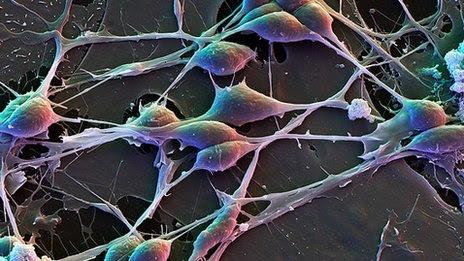 Mirror neurons in the brain fire both when you watch someone in pain and when you experience it yourself
Psychopaths do not lack empathy, rather they can switch it on at will, according to new research.
Placed in a brain scanner, psychopathic criminals watched videos of one person hurting another and were asked to empathise with the individual in pain.
Only when asked to imagine how the pain receiver felt did the area of the brain related to pain light up.
Scientists, reporting in Brain, say their research explains how psychopaths can be both callous and charming.
The team proposes that with the right training, it could be possible to help psychopaths activate their "empathy switch", which could bring them a step closer to rehabilitation.  MORE
Posted by Melinda Pillsbury-Foster at 4:25 AM No comments:

THE MIND OF THE STALKER

(GOLD BAR, WA) -- The Sky Valley Chronicle was asked recently by a Snohomish County resident who plans to file criminal charges against a cyber-stalker(s), how the state law on “regular stalking” comes into play in making sure a stalker or stalkers is charged with as many criminal counts as possible.

In the context of the question and being that January is Stalking Awareness Monthaccording to the U.S. Department of Justice, we present the following information for your review and consideration.

The good news for victims of stalker crimes is that the Washington law on regular stalking (RCW 9a.46.110) can b e used in many cases to file additional criminal charges (charges in addition, for example to cyber-stalking charges) against the perpetrators of such crimes.

This is a powerful tool a victim can deploy in the fight against such criminals in that many sociopaths who engage in both “regular” stalking and cyber-stalking are often unaware of – or simply ignore – the sheer number of laws they are breaking (or how often) or that laws overlap allowing for the filing of multiple charges under different statutes.

Even if they do realize such a thing, stalkers – many of whom are textbook sociopaths who cannot control their behavior because of the high they get from it – simply can’t stop from doing what has always been a pleasurable behavior they were certain had no downside risk to their lives.  MORE
Posted by Melinda Pillsbury-Foster at 8:12 AM No comments: